Finding commercial space for a rapidly expanding Silicone Valley in Northern California’s tech market has become a momentous challenge due to the limited supply of land. It is demonstrated to take ingenuity, creativity and strong team collaboration to bring the best minds together and find solutions.

Such was the case for the America Center commercial buildings 1 and 2 located in Alviso, CA. 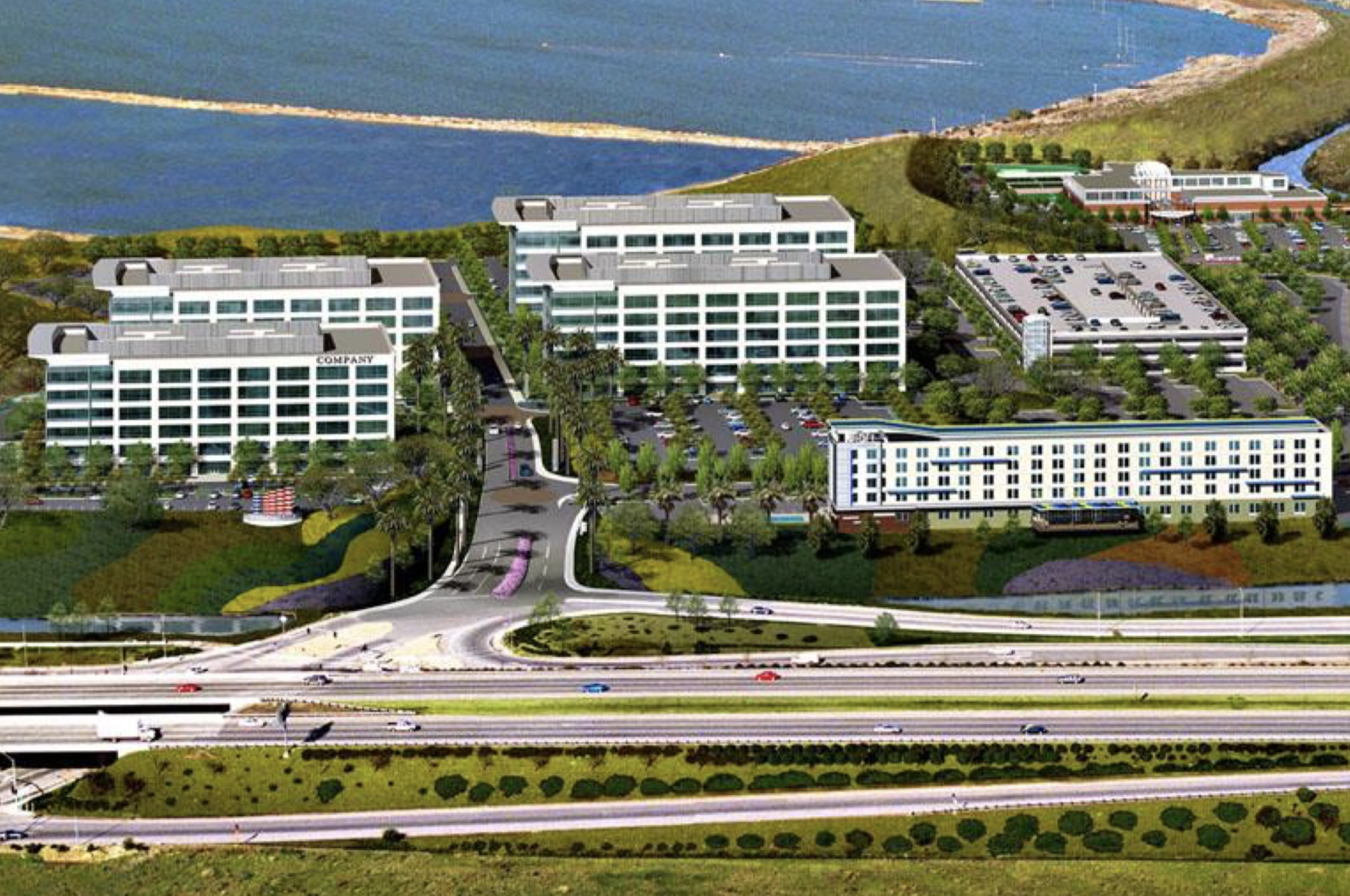 Located just north of San Jose, CA in the heart of the Silicon Valley rested a large parcel of open land along the San

Francisco bay. Unfortunately, this land came with several challenges…first, it was a closed landfill site and second, it was covered with marshland being so close to the bay. Both challenges were obviously less than well suited to build a large commercial structure.

Enter Malcolm Drilling and Pacific Corrugated Pipe. At Malcolm Drilling, what started as a single truck-mounted drill rig has grown into one of the most preeminent and innovative specialty foundation contractors in the world. Malcolm Drilling has been on the leading edge of designing new equipment and adopting different techniques of drilling that has enabled this company to safely complete some of the most difficult foundation and earth support projects undertaken in the industry. With such a distinctive history of knowledge and success, Malcolm was one obvious choice for such a challenge.

The only question that remained was who to partner with to complete the project.
This question was quickly answered in the form of Pacific Corrugated Pipe Company.

Pacific Corrugated Pipe has been delivering quality innovative solutions to the market since 1935. With decades of experience supply the market with metal and HDPE corrugated pipe there are not many challenges that Pacific Corrugated Pipe Company had realized through the years. However, with the clear majority of their pipe being formed to support a horizontal set up, this project pushed them into a less familiar installation.

The project ultimately challenged the boundaries of both companies. The resolution required the expert and precise drilling of Malcolm and the skilled manufacturing insights of Pacific Corrugated Pipe. You see, the solution necessitated that Malcolm utilize a drill rig to core out holes beyond the 65 foot depths of landfill trash. Then go beyond that point due to the bay mud underneath and ultimately reach bed rock where possible. Any locations that didn’t reach bed rock would be supported by the lateral forces of the bay mud. This challenge was compounded by the potential of cave in issues because of such erratic soil at these depths. Further, Pacific

Corrugated Pipe had to assist in a solution that would ultimately be installed vertically. Not only vertically but at depths of up to 150 feet in some areas.

Since corrugated metal pipe is typically produced in 20 foot lengths it was important both companies collaborate on what challenges this would create for this job. Both parties quickly understood that staying with this “norm” would only increase labor costs to connect lengths spanning up to 150 feet. This would ultimately drive up the total costs they were asked to contain. The solution? Produce lengths as long as legally and physically possible. While this made sense for installation purposes it did create some manufacturing challenge. You see, producing longer lengths within a controlled manufacturing space required some procedural changes. Additionally, these longer lengths required some logistical coordination. Eventually, it was determined that varying lengths of pipe, 50 to 87 feet, would be needed from. Further, a special flatbed with the ability to stretch was needed to support loads with an overall length of just under 104 feet (longer lengths would require special permits and handling).

Now that a pipe manufacturing and delivery plan was in place the challenge moved to installation. Malcolm developed a comprehensive installation plan that started at the delivery of the pipe. They poured a concrete plug down each precisely bored shaft before each pipe was installed for the concrete piling. The primary purpose of the pipe was to develop a “sleeve” around the pilings to isolate any old refuse and to make sure there were no cave in issues during installation. Any bore that extended beyond the longest 87 foot lengths of pipe would require two pieces of pipe be connected. Finally, a methane collection system was designed into the project to ensure that no methane would contaminate the site.

The dozens of pilings required for this project challenged everyone involved in the construction process. Through the ingenuity of several partners, the project was completed with no significant unplanned challenges.

Congratulations to Malcolm Drilling and Pacific Corrugated Pipe on their innovative solutions to complete such a challenging project.